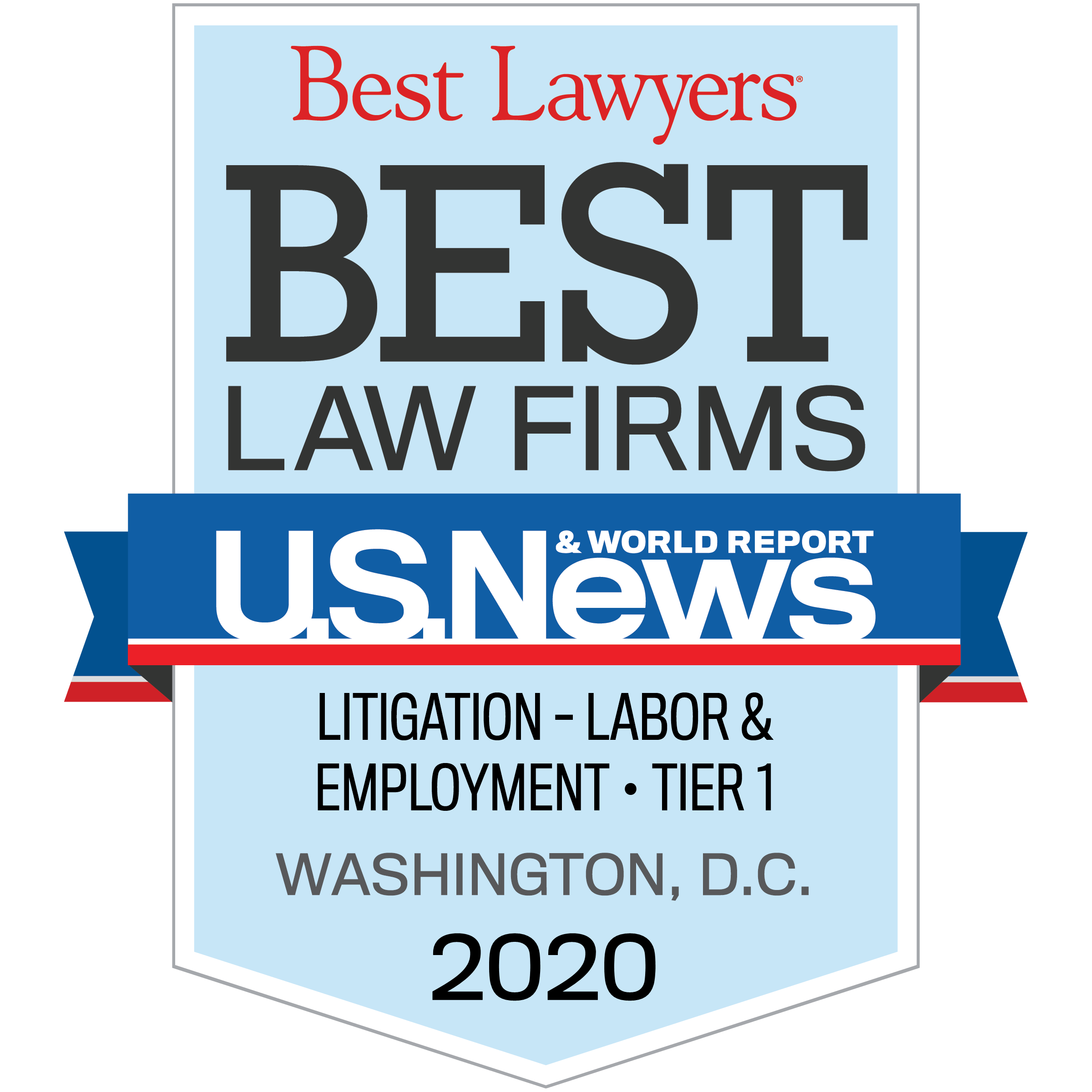 Does the False Claims Act protect whistleblowers against retaliation?

Yes: the False Claims Act (“FCA”) protects employees, contractors, and agents who engage in protected activity from retaliation in the form of their being “discharged, demoted, suspended, threatened, harassed, or in any other manner discriminated against in the terms and conditions of employment.” 31 U.S.C. § 3730(h)(1).  FCA retaliation extends not only to employees and contractors, but also to partners.  See U.S. ex rel. Kraemer v. United Dairies, L.L.P., 2019 WL 2233053 (D. Minn. May 23, 2019).

What is protected whistleblowing or protected conduct under the False Claims Act Retaliation Provision?

Recent cases have interpreted this protected activity to include:

Protection attaches regardless of whether the whistleblower mentions the words “fraud” or “illegal.”  The employer need only be put on notice that litigation is a “reasonable possibility.” A reasonableness standard is inherently flexible and dependent on the circumstances; thus, “no magic words—such as illegal or unlawful—are necessary to place the employer on notice of protected activity.” Jamison v. Fluor Fed. Sols., LLC, 2017 WL 3215289, at *9 (N.D. Tex. July 28, 2017).

Does the False Claims Act anti-retaliation law protect efforts to stop a government contractor from defrauding the government?

Yes: the FCA protects whistleblowers who try to prevent one or more violations of the FCA, as long as they have an objectively reasonable belief that their employer is violating, or will soon violate, the FCA. Case law has clarified that efforts to stop an FCA violation are protected even if they are not meant to further a qui tam claim.  For example, refusing to falsify documentation that will be submitted to Medicare is protected.

No.  The whistleblower protection provision of the False Claims Act (FCA) protects “lawful acts done by the employee, contractor, agent or associated others in furtherance of an action under [the FCA] or other efforts to stop 1 or more violations of [the FCA].”

The plain language of § 3730(h) reveals that the statute does not condition protection on the employment relationship between a whistleblower and the subject of his disclosures. Section 3730(h) protects a whistleblower from retaliation for “lawful acts done … in furtherance of an action under this section.” 31U.S.C. § 3730(h)(1). The phrase “an action under this section” refers to a lawsuit under §3730(b), which in turn states that “[a] person may bring a civil action for a violation of [the FCA].” Id. § 3730(b)(1). Therefore, § 3730(h) protects lawful acts in furtherance of an FCA action. This language indicates that protection under the statute depends on the type of conduct that the whistleblower discloses—i.e., a violation of the FCA—rather than the whistleblower’s relationship to the subject of his disclosures.

Does the False Claims Act retaliation law protect internal reporting to a government contractor or grantee?

Yes, the act of internal reporting itself suffices as both the effort to stop the FCA violation and the notice to the employer that the employee is engaging in protected activity.

Does the False Claims Act prohibit retaliation against an employee for the employee’s refusal to participate in a fraudulent scheme?

Yes.  As the Second Circuit held in Fabula v. American Medical Response, Inc., an employee’s refusal to sign fraudulent reimbursement documentation constitutes protected whistleblowing.  There the court notes that “[t]here is, at best, a hair’s-breadth distinction between complaining internally that a practice is illegal under the FCA and advising a supervisor of one’s refusal to engage in that illegal practice.”

What types of disclosures or whistleblowing are protected under the False Claims Act whistleblower protection law?

Examples of protected conduct under the False Claims Act include:

What acts of retaliation are prohibited by the False Claims Act anti-retaliation provision?

The False Claims Act prohibits an employer from discharging, demoting, suspending, threatening, harassing, or in any other manner discriminating against a whistleblower.  Prohibited retaliation includes:

What type of constructive discharge is prohibited by the False Claims Act anti-retaliation law?

In Smith v. LHC Group, Inc., 2018 WL 1136072 (March 2, 2018), the Sixth Circuit held that where an employer ignores an employee’s disclosures about fraud on the government and the employee is reasonably concerned that he may be charged with fraud by the government if he remains in the job, the employee’s resignation is an actionable constructive discharge.  In other words, a jury could find that the employer’s alleged fraudulent behavior plus the employee’s moral conscience and reasonable fear of being accused of participating in the employer’s fraud is enough to justify quitting.

A whistleblower must prove that:

Recently the Third Circuit held that FCA retaliation claims require proof of ‘but-for’ causation. DiFiore v. CSL Behring, LLC, 879 F.3d 71, 78 (3d Cir. 2018).  Note, however, that “but for” caution is not tantamount to sole factor causation.  See Burrage v. United States, 134 S. Ct. 881, 888-89 (2014) (an act is a “but-for” cause “[even if it] combines with other factors to produce the result, so long as the other factors alone would not have done so – if, so to speak, it was the straw that broke the camel’s back.”). At the pleading stage, the showing necessary to demonstrate the causal-link part of the prima facie case is not onerous; the plaintiff merely has to prove that the protected activity and the negative employment action are not completely unrelated.  United States ex rel. Dyson v. Amerigroup Tex., Inc., 2005 WL 2467689, at *3 (S.D. Tex. Oct. 6, 2005).

Arguably, “but-for” causation is not significantly more onerous than “motivating factor” causation.  For example, the Second Circuit held in a post-Nassar Title VII retaliation case that the “but-for causation standard does not alter the plaintiff’s ability to demonstrate causation at the prima facie stage on summary judgment or at trial indirectly through temporal proximity.”  Zann Kwan v. Andalex Group, 737 F.3d 834 (2d Cir. 2013) (a three-week period from Kwan’s protected activity to the termination of her employment is sufficiently short to make a prima facie showing of causation indirectly through temporal proximity).

How can a FCA retaliation plaintiff prove notice of protected conduct?

What remedies or damages can a whistleblower recover under the whistleblower-protection provision of the False Claims Act?

A whistleblower who prevails in an anti-retaliation action under the FCA may recover:

Recently, a jury awarded more than $2M to a whistleblower in an FCA retaliation case.  As there is no cap on compensatory damages, FCA retaliation plaintiffs can potentially recover substantial damages for the retaliation that they have suffered.

What is the statute of limitations for a False Claims Act Whistleblower Retaliation Case?

The FCA does not preclude the waiver of a private retaliation claim. See Brown v. City of S. Burlington, 393 F.3d 337, 346 (2d Cir. 2004).  In contrast, a qui tam action cannot be dismissed without the written consent of the AG.  A written release of claims in a severance agreement can be enforced to bar a retaliation claim but the release might be unenforceable to dismiss a qui tam action.

Yes, the NDAA whistleblower protection provisions provide a private right of action to an employee who suffers retaliation for disclosing information that the employee reasonably believes is evidence of:

Can a Government Contractor Obtain Dismissal of a False Claims Act Claim to Maintain the Confidential Nature of Classified Information?

A False Claims Act qui tam complaint should not include classified information and any relator in the possession of classified information should seek guidance to avoid disclosing such information.  But where a qui tam action might implicate sensitive information, the contractor is not entitled to step into the shoes of the Government to assert the Government’s interest in maintaining the confidential nature of the information.  Johnson et al v. Raytheon Company, No. 3:17-CV-1098-D, 2019 WL 6914967 N.D. Texas 12/19/2019.

Does the False Claims Act protect whistleblowing in the course of the whistleblower’s job duties?

What whistleblowing is protected under the False Claims Act anti-retaliation provision?

The following client reviews are from whistleblowers at government contractors:

“I hired Mr. Zuckerman to pursue an action against a former employer that was attempting to use deceit in its pursuit of federal contracts, and which fired me for not participating in its schemes. Jason was not just very responsive, he was also engaging, spending a good deal of time and effort with me on the phone and by email learning the ins and outs of the case, discussing strategy, laying out alternatives, anticipating counter-arguments, etc, all with the highest integrity. In the end, Jason was able to negotiate a substantial settlement for me, and I believe the company learned not to fire employees for failing to participate in lying to the government. All in all, a very good outcome.

I have had the opportunity in my career to interact with numerous attorneys. Jason truly stands out. I wholeheartedly recommend him to anyone seeking a lawyer for wrongful termination and related employment issues.”

“I was in a very difficult work situation dealing with the National Defense Authorization Act (NDAA) and whistleblower claims, and I needed legal representation. I was referred to Mr. Zuckerman by an attorney for a major corporation, who indicated that if they were in a similar situation, they would want Mr. Zuckerman on their side. From the get-go, Mr. Zuckerman listened to the details of my situation and believed in the merits of my case. He quickly dug into the details of my case and asked me thought-provoking questions, providing his legal expertise to help to build and shape my case. In doing so, he led me to see clearly how the employer wronged me. With his probing questions and knowledge of the relevant and applicable laws/statues, we filed a very strong NDAA and whistleblower claim, and combined with his tenacity, I was eventually able to settle with my employer and avoid a lengthy lawsuit. Mr. Zuckerman was very knowledgeable, professional, and always in my corner. He was always accessible, and always very responsive to my questions and needs. He accompanied me and represented me in official meetings, and he was always available to provide guidance, even emailing and responding to me very late in the evening. Mr. Zuckerman is competent, fair, ethical, and honest, and it was a pleasure working with him. I would not hesitate in recommending him to anyone who has experienced whistleblower retaliation.”

For a confidential consultation about a potential qui tam lawsuit, contact us at 202-262-8959.

We have also written extensively about whistleblower protections for employees of government contractors and grantees, including the following articles and blog posts: