Despite recent progress, workplace discrimination against LGBTQ individuals remains far too prevalent.  According to a Harvard survey released in late 2017, 22% of LGBTQ people have experienced anti-LGBTQ discrimination when it comes to being paid equally or considered for promotion, and 20% report discrimination in hiring.  And a recent survey shows that LGBTQ Americans are more likely to become unemployed as a result of the coronavirus epidemic than their non-LGBTQ counterparts.

Hiring a proven and effective advocate is critical to obtaining the maximum recovery in a sexual orientation discrimination case.  The top-rated employment lawyers at Zuckerman Law have significant experience advocating for full equality on behalf of LGBTQ victims of discrimination.  Two of the firm’s attorneys held senior positions at the U.S. Office of Special Counsel, where they enforced prohibitions against LGBTQ discrimination in the federal workforce, and provided training and outreach to federal managers and supervisors to prevent LGBTQ discrimination.

U.S. News and Best Lawyers® have named Zuckerman Law a Tier 1 firm in Litigation – Labor and Employment in the Washington DC metropolitan area.  Contact us today to find out how we can help you. To schedule a preliminary consultation about sexual orientation discrimination, call us at 202-262-8959, or click here.

We are a proud sponsor of the Rockville Pride 2019. 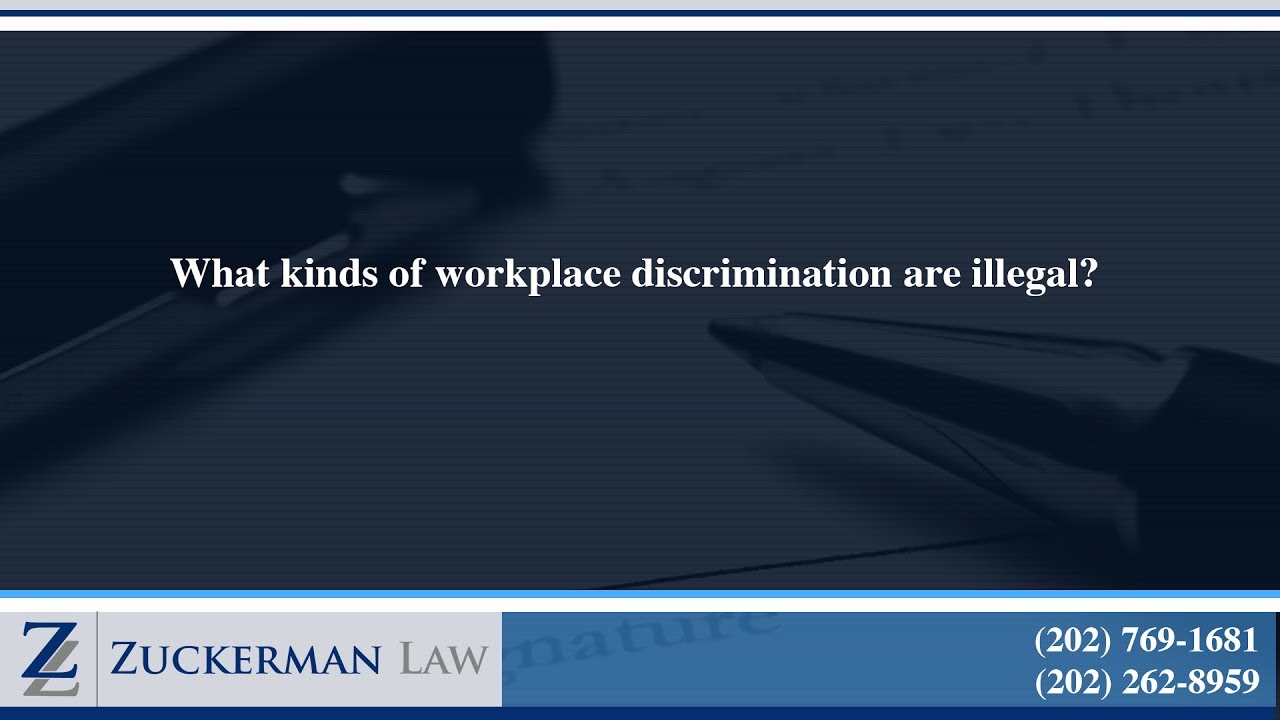 Sex-stereotyping has provided a sort of back door into Title VII protection for those who have suffered sexual orientation or gender-identity discrimination. Simply put, discriminatory conduct against LGBTQ individuals can constitute prohibited sex discrimination under Title VII and other federal statutes that prohibit sex discrimination where the conduct is based on those individuals’ nonconformance to gender norms.

This concept developed in a 1989 Supreme Court decision, Price Waterhouse v. Hopkins, where a woman was denied partnership at Price Waterhouse because she did not conform to traditional female stereotypes. (490 U.S. 228 (1989).) In explaining the legal relevance of sex-stereotyping, the Court stated that “we are beyond the day when an employer could evaluate employees by assuming or insisting that they matched the stereotype associated with their group, for ‘[i]n forbidding employers to discriminate against individuals because of their sex, Congress intended to strike at the entire spectrum of disparate treatment of men and women resulting from sex stereotypes.’” (Id. at 251 (alteration in original) (quoting Los Angeles Dep’t of Water & Power v. Manhart, 435 U.S. 702, 707 n.13 (1978)).) In explaining the need for legal recognition of sex-stereotyping, the Court briefly explained: “An employer who objects to aggressiveness in women but whose positions require this trait places women in an intolerable and impermissible catch 22: out of a job if they behave aggressively and out of a job if they do not. Title VII lifts women out of this bind.” (Id.)

The Court did not limit the type of proof that could establish sex-stereotyping, though it mentioned that “[r]emarks at work that are based on sex stereotypes . . . can certainly be evidence that gender played a part” in the employment decision. (Id.) The evidence that established sex-stereotyping in Price Waterhouse included proof “that Price Waterhouse invited partners to submit comments; that some of the comments stemmed from sex stereotypes; that an important part of the Policy Board’s decision on Hopkins was an assessment of the submitted comments; and that Price Waterhouse in no way disclaimed reliance on the sex-linked evaluations.” (Id.)

Less than a decade later, the Supreme Court handed down Oncale v. Sundowner Offshore Services, Inc. (523 U.S. 75 (1998).) Justice Scalia, writing for the unanimous Court, conceded that “male-on-male sexual harassment in the workplace was assuredly not the principal evil Congress was concerned with when it enacted Title VII.” (Id. at 79.) But, Scalia continued,

statutory prohibitions often go beyond the principal evil to cover reasonably comparable evils, and it is ultimately the provisions of our laws rather than the principal concerns of our legislators by which we are governed. Title VII prohibits “discriminat[ion] . . . because of . . . sex” in the “terms” or “conditions” of employment. Our holding that this includes sexual harassment must extend to sexual harassment of any kind that meets the statutory requirements.

(Id. at 79–80 (alterations in original).) The Sixth Circuit later summed up the impact of Price Waterhouse and Oncale:

The courts of appeals for the First, Sixth, Ninth, and Eleventh Circuits, district courts in the Second, Third, Fourth, Fifth, Sixth, Tenth, Eleventh, and D.C. Circuits, and the EEOC have recognized that transgender individuals’ sex-stereotyping claims constitute claims of sex-based discrimination.

District courts in Oregon, Ohio, Connecticut, and D.C. have recognized sex-stereotyping claims of gay or lesbian individuals as sex-based discrimination.

What have the federal courts said about Title VII’s protection of employees based on sexual orientation?

The circuits are split regarding whether gay employees are protected under Title VII, but there is a growing trend of construing Title VII to bar sexual orientation discrimination, including cases summarized in this EEOC memo.

For example, a federal jury awarded $1.6 million in an employment discrimination trial involving a transgender woman.  Read more about it here.

But in March 2017, the U.S. Court of Appeals for the Eleventh Circuit held in Evans v. Georgia Regional Hospital that Title VII does not prohibit employment discrimination based on sexual orientation. 850 F.3d 1248 (11th Cir. 2017).

BestColleges.com curated a series of guides specifically catered to LGBTQ students that delve into the best programs, safety tips and useful insight into finding the right fit.

Hello and welcome to Zuckerman Law.

For a confidential review of your discrimination claim, please contact the Director of the firm’s Discrimination and Sexual Harassment Practice, Eric Bachman, at ebachman@zuckermanlaw.com or (202) 769-1681.