A new case in California explores the ongoing legal debate about whether law firm partners should be considered “employees” versus “employers.”

Why does this matter?  In the California case, it is the key distinction that dictates whether the law firm partner must forego a discrimination lawsuit in court and instead arbitrate her legal claims, which means her dispute will be heard by a private, neutral third-party (the arbitrator).

Background of the case

The case in California state court involves Constance Ramos, who had been an “income partner” (that is, not an equity/capital partner) at the law firm Winston & Strawn, LLP.  In August 2017, Ramos filed a lawsuit in San Francisco Superior Court alleging sex discrimination and unequal pay, among other things.

Soon after, Winston & Strawn filed a motion to compel arbitration based on an arbitration clause found in the law firm’s partnership agreement.

The law firm argued that because Ramos is a partner and not an employee of the firm, the arbitration provision applied to her and she cannot file a lawsuit in court; instead, she must submit her complaint to private arbitration.

Ramos responded that, as an income partner, she did not “have any right or ability to assert any sort of control over the operation of the firm,” and thus should be considered an employee.  If Ramos is deemed an employee, then the arbitration provision may only be enforced if its terms complied with California’s minimum public policy protections and was not unconscionable.

The Superior Court judge found that Ramos and Winston & Strawn were in a “partnership relationship” and thus required Ramos to arbitrate her claims (although the judge modified certain elements of how the arbitration would proceed).

Ramos then filed a petition for a writ of mandate with the California Court of Appeal.  The writ of mandate is a sparingly-used type of appeal that essentially requests immediate review of a trial court’s decision and seeks an order from the appellate court requiring the trial court to set aside its order compelling arbitration.

According to Ramos’ petition for a writ of mandate: “This case presents an issue of first impression for California appellate courts: When should a nominal “partner” in a business be considered to be an “employee” protected by California’s workplace protections against sex discrimination, retaliation, and sex-based differential pay practices?” 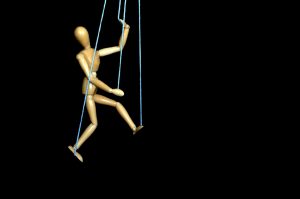 Ramos’ case involves the same legal analysis as other lawsuits trying to figure out whether an executive or law firm partner is better characterized as an employer or an employee.

In Clackamas Gastroenterology Associates v. Wells, 123 S.Ct. 1673 (2003), the Supreme Court outlined the main test courts use to decide whether a person is an “employee” covered by federal anti-discrimination laws, such as Title VII, the American with Disabilities Act (ADA), and the Age Discrimination in Employment Act (ADEA).

The key factor is how much, or little, control the individual has over their work, compensation, and workplace decisions.

Clackamas involved an ADA case but courts apply the test to Title VII and other federal anti-discrimination statutes.   The Supreme Court looked to the Equal Employment Opportunity Commission’s (EEOC) guidelines and settled on a six-factor test to assess if a person holding a high-level position should be considered an “employee” including whether: 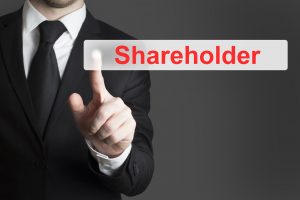 What’s in a name?

The Supreme Court and other federal courts do not allow the job title to control whether an executive should be considered an “employee.”

The mere fact that a person has a particular title–such as partner, director, or vice president–should not necessarily be used to determine whether he or she is an employee or [an employer].

Id. at 1680 (alteration added).  So even if your title sounds like you are the boss rather than the employee, you will still have an opportunity to prove to the court that, based on the totality of the Clackamas factors listed above, you are actually an employee who should be covered by Title VII’s protections.

In Kirleis, the plaintiff was an equity shareholder/director at her law firm and the court found that Kirleis was an “employer” instead of an “employee.”  Kirleis thus was not entitled to the anti-discrimination protections of Title VII and related laws.

Applying the Clackamas control test, the court found the following factors to be significant:

For matters related to compensation and decision-making, plaintiff and other Class A shareholders/directors had far more control and influence than other employees, associates, and even Class B shareholders.

The court further noted that:

the indicia of control and ownership in traditional large firm partnerships tilts toward recognizing equity partners as employers and not employees, although all [Clackamas] factors must be considered.

Kirleis, 2009 WL 3602008, at *27.  Accordingly, because Kirleis was an “employer” she could not take shelter under Title VII’s protections and the court granted summary judgment in favor of the law firm.

In another law firm case, the EEOC settled a high-profile age discrimination lawsuit against Sidley Austin on behalf of 32 former partners.  The 2007 settlement included $27.5 million in damages and as part of the consent decree the law firm agreed that the partners were “employees within the meaning of the ADEA.”

More recently, a federal court in New York ruled in Campbell, et al. v. Chadbourne & Parke, LLP that the parties must conduct discovery before it can decide whether the plaintiff, who was an equity partner in her law firm, should be considered an “employee” under Title VII.