Home Glass Ceiling Discrimination Law Blog
Home > When does a complaint to a supervisor equal “protected activity” in a retaliation lawsuit?

When does a complaint to a supervisor equal “protected activity” in a retaliation lawsuit?

Employees routinely talk with their supervisors about work-related issues and problems.  In the context of a retaliation lawsuit, a key legal question is often whether the complaint to the supervisor should be considered a “protected activity.”

The Court of Appeals for the Sixth Circuit recently took this question head on in Crawford v. Chipotle Mexican Grill, Inc. No. 18-3360 (6th Cir. 2019), which is discussed in more detail below.  The big picture holding is that a complaint to a supervisor is protected activity when it is not too vague. 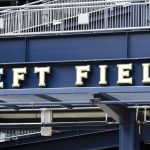 A complaint is too vague when it fails to allege a specific employment practice is discriminatory or “comes out of left field.”

Regarding the general legal framework for retaliation cases, an employee must show that:

“Protected activity” includes any participation in an EEOC proceeding (filing a complaint, providing witness testimony in a proceeding) and opposition to unlawful discrimination in the workplace.

But the contours of what counts as “protected activity” is not always clear, which is why the Sixth Circuit’s decision is instructive.

In Crawford v. Chipotle, the Sixth Circuit considered a case involving Alashae Crawford, an African-American employee of Chipotle.  Crawford and her supervisor Jeysie Torres, a Hispanic man, had occasional disagreements over, among other things, what Crawford perceived as Torres’ favoritism towards other Hispanic employees. In early 2014, Crawford received information from several African-American employees concerning the alteration of their timesheets which resulted in a reduction of their hours worked. Crawford confronted Torres and another manager about this, and they admitted altering the timesheets to boost the restaurant’s performance reports.  Eventually, certain workers were awarded back pay.

In March 2014, an African-American employee showed Crawford paychecks that showed he had not received promised back pay from the time-shaving inquiry. Crawford confronted Torres about: 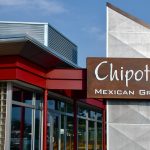 Chipotle initially did not take any formal disciplinary action against Crawford, but this interaction caused a significant rift in the working relationship between Torres and Crawford. Then, on March 17, 2014 , less than two weeks after the confrontation about alleged discrimination, Torres fired Crawford. Torres told Crawford that he fired her due to crew members’ complaints about working with her. Crawford asked why she hadn’t heard any complaints before, and Torres responded that “it didn’t really become a problem until Friday.”

Crawford brought federal and state claims of retaliation (Crawford argues she was fired because she accused her manager of racial discrimination). The federal district court granted summary judgement to Chipotle on both claims. The Sixth Circuit affirmed summary judgment in favor of Chipotle on the discrimination claim, but the court said that Crawford had demonstrated a valid claim of retaliation.

According to the Sixth Circuit, Crawford meets the first two elements of the checklist. Crawford approached Torres, her manager, and accused him of “discriminating against” an African-American co-worker by failing to give him proper back pay. Importantly, the court mentions what a hypothetical jury would be able to infer from Crawford’s claim.  First, the jury would be able to consider the context in which the March 2014 confrontation occurred. Crawford had previously complained to Torres about what she perceived to be his favoritism towards Hispanic employees. Secondly, Torres replied to Crawford that she was only advocating for her African-American co-worker because Crawford is African-American herself, an opinion Torres had shared previously with Crawford. This contributes to the court finding that Crawford established that she engaged in protected conduct when she approached her manager and accused him of racial discrimination. The court also finds that Chipotle was aware of the protected activity. 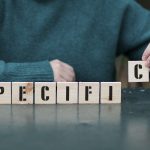 The Sixth Circuit rejected this argument, stating that an accusation of discrimination need not “be lodged with formality, clarity, or precision”. Stevens v. St. Elizabeth Med. Ctr., Inc., 533 F. App’x 624, 631 (6th Cir. 2013). In Mumm v. Charter Twp. of Superior, the Sixth Circuit said that a female accountant’s “threat to sue over the pay disparity” between herself and a male colleague “was clear enough to qualify as protected activity,” even though she “did not utter the magic words ‘sex discrimination.’” 727 F. App’x 110, 113 (6th Cir. 2018) (emphasis added).

While they reject Chipotle’s argument that Crawford’s accusation was too vague because she did not express opposition to discrimination based specifically on race, the court states that an employee’s accusation is too vague when it comes out of left field or does not specifically allege employment practices that are discriminatory do not qualify as protected activity. Crawford v. Chipotle Mexican Grill, Inc. No. 18-3360, p. 10 (6th Cir. 2019) (quoting Fox v. Eagle Distrib. Co., 510 F.3d 587, 591–92 (6th Cir. 2007)).

Crawford had previously approached Torres with complaints of racial discrimination, so the March 2014 conversation did not come out of left field. Crawford specified Torres’s failure to pay Shelton his back pay as the discriminatory employment practice. Accordingly, the Sixth Circuit found that Crawford’s complaint was not too vague to be protected activity.