The wage gap personified: compared to men, women will work the last 10 weeks of the year for free

“The median salary for women working full-time is about 80 percent of men’s,” the Washington Post recently reported in a fascinating, in-depth analysis of the gender wage gap. “That gap, put in other terms, means women are working for free 10 weeks a year.  So if you’re a woman, you started working for free” on October 26, the Post observed.

There are, of course, variations on the wage gap across jobs and industries and not all women receive only 80% of a man’s pay.  But the Washington Post’s analysis serves as a powerful reminder of the persistent and powerful impact of the wage gap.

What is the gender wage gap?

The gender wage gap is generally referred to as the difference between men’s and women’s average earnings and is expressed as a percentage of the men’s earnings (for example, women earn 80% of the salary made by men).

There are different ways to measure the pay gap, including unadjusted (essentially the gross difference in wages across all jobs and industries), and adjusted, which takes into account differences in, among other things:

Factors that may impact the gender wage gap

A common explanation given for the continuing gender wage gap, as discussed in The Atlantic, is that men and women “tend to choose different careers, so much so that researchers have a term for it: ‘gender occupational segregation.’” The argument goes that, “because of this occupational sorting, the most commonly mentioned figure of the gender-gap debate—that an American woman only earns 79 cents for every dollar a typical American man makes—is indeed too simple.”

But, as pointed out in The Atlantic, researchers have analyzed the wage gap and controlled for many of the key variables that could be impacting the gap, including geography, experience, job titles, and the over-representation of men in highly compensated jobs.

And, The Atlantic notes, “the striking thing is that even after adjusting for so many factors, there’s still a statistically significant pay gap.”   Indeed, “[t]he fact that a gap remains at all after such adjustments shows that the problem defies any simple explanation.” 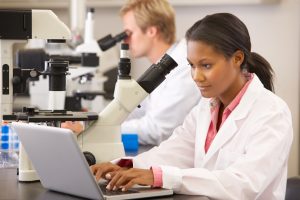 For women of color, the wage gap is more like a wage canyon

As with glass ceiling/promotion discrimination issues, in which women of color are hit even harder (hence the term “concrete ceiling“), the wage gap for women of color is noticeably worse.  According to the Washington Post, “women of color get hit twice: they suffer the effects of the gender wage gap plus those of the race wage gap.”  Indeed,

While wages for White and Asian women have improved since 2007, salaries for Hispanic women have flatlined, and even declined for African American women.

If you believe you are being paid less than a man in your job, this may be a violation of the Equal Pay Act, Title VII of the 1964 Civil Right Act, or related statutes.

To prove your case, though, you will need to do more than point to the general wage gap that exists between men and women in this country, or even within your industry or company.  Instead, you will need to point to evidence showing that, as compared to a man in your company making more money, you have:

The type of evidence you’ll need will of course vary and depend on the particular law(s) under which you are suing the company.