A federal appellate court ruled yesterday that a Muslim employee of Astoria Bank who was allegedly subjected to a “steady barrage” of shameful racist and anti-Muslim statements should be allowed to present her hostile work environment claim to a jury.  Ahmed v Astoria Bank, No. 16-1389 (2d. Cir. May 9, 2017).

Among other things, a senior supervisor reportedly told the employee (Ahmed) to remove her hijab (a headscarf traditionally worn by Muslim women), which the supervisor referred to as a “rag.” 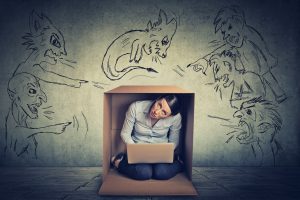 What is a “hostile work environment”?

The Second Circuit Court of Appeals decision in Ahmed v. Astoria Bank overruled the District Court’s ruling that Ahmed had not produced sufficient evidence to establish a hostile work environment.  The evidence in this case was “right on the knife’s edge of either granting [summary judgment] or allowing [the case] to go to the jury[,]” according to the Second Circuit Court of Appeals.  It nonetheless found that the following alleged conduct by Ahmed’s supervisor was “severe or pervasive” enough for a jury to conclude that an “abusive working environment” existed:

The case will now return to the federal district court for a jury trial on the hostile work environment claim.

A variety of potential remedies will be available under Title VII of the 1964 Civil Rights Act if you win your hostile work environment case.

Assuming that your case is an individual, Title VII case against a private company, then a court may award you any combination of the following remedies:

Other remedies may be available in hostile work environment cases against the federal, state, or local government, as well as  cases under different anti-discrimination laws.