A pressing topic in employment discrimination law over the last few years has been whether Title VII of the Civil Rights Act of 1964 (Title VII) makes it unlawful for employers to discriminate against individuals because of their sexual orientation and/or gender identity. Title VII generally prevents employers from making employment decisions based on an employee’s or applicant’s “race, color, religion, sex, or national origin.” The issue of whether “sex” should include one’s sexual orientation or gender identity–or instead whether these characteristics are distinct from the meaning of “sex” under Title VII–has percolated among various federal courts around the country. And now Congress, through the House of Representatives, has weighed in as well with a proposed bill. 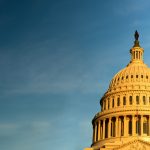 In May 2019, the House of Representatives passed H.R. 5, or the “Equality Act”, which amends Title VII, among other laws, to explicitly add discrimination on the basis of sexual orientation and gender identity as outlawed forms of discrimination . Title VII generally protects employees and applicants from unlawful discrimination in the workplace. Currently, Title VII prohibits employers from making employment decisions based on an individual’s “race, color, religion, sex, or national origin.” The Equality Act would replace the word “sex” with the phrase “sex (including sexual orientation and gender identity).” The bill defines ‘gender identity’ as “the gender-related identity, appearance, mannerisms, or other gender-related characteristics of an individual, regardless of the individual’s designated sex at birth” and defines ‘sexual orientation’ as “homosexuality, heterosexuality, or bisexuality.”

The Equality Act’s amendments are not in effect now; since it passed the House, the Senate can now decide whether to take it up, and the President will ultimately have to sign it into law. (Schoolhouse Rock anyone?). Even though the bill is not law, its passage is a clear statement from the legislative branch about how the House of Representatives views the federal government’s role in prohibiting discrimination against the LGBT community. Yet in the past decade, there have been various, and often conflicting, messages from each branch of the federal government. Federal courts at every level have interpreted Title VII’s meaning of “sex” discrimination differently, as discussed below. The executive branch’s position differs depending on which agency you ask. In Macy v. Bureau of Alcohol, Tobacco, Firearms and Explosives, EEOC Appeal No. 0120120821 (Apr. 20, 2012), the EEOC wrote that “Title VII’s prohibition on sex discrimination proscribes gender discrimination and not just discrimination on the basis of biological sex.” An EEOC webpage also states that sexual orientation and transgender status is protected under Title VII’s prohibition on sex discrimination. In contrast, the Department of Justice (an executive branch department) supported an employer’s motion to dismiss an employee’s Title VII claim because “discrimination because of sexual orientation is not discrimination based on sex under Title VII.” Brief for the United States as Amicus Curiae, p. 6, Zarda v. Altitude Express, Inc., Case 15-3775, (2d Cir. 2017) (emphasis added).

Arguments in favor of reading Title VII’s prohibition on sex discrimination to include discrimination based on sexual orientation and gender identity, often point to past Supreme Court opinions. In Price Waterhouse v. Hopkins, 490 U.S. 228 (1989), the Court held that discriminating against a female employee because she did not conform to traditional female stereotypes was a form of sex discrimination prohibited by Title VII. The Court reasoned that employment decisions that punished an employee for not conforming to traditional cultural stereotypes constituted an employment decision made on the basis of sex. The Court then expanded the scope of its logical framework in Oncale v. Sundowner Offshore Services, Inc., 523 U.S. 75 (1998). It found unlawful sex discrimination under Title VII where a male employee was severely sexually harassed for his perceived femininity by other male employees and male superiors. Justice Antonin Scalia wrote the court’s opinion, which said that same sex harassment based on a male employee’s non-conformity to male stereotypes was unlawful under Title VII.

Price Waterhouse and Oncale thus set the table for using “sex-stereotyping” as a basis for Title VII claims of unlawful sex discrimination. A transgender woman, Rachel Tudor, who was a professor in Oklahoma, relied on this legal theory, which resulted in an award of $1.16 million in damages after she was denied tenure by the school. A federal jury found that the University had unlawfully discriminated against Tudor based on her sex by punishing her non-conformance to gender stereotypes. 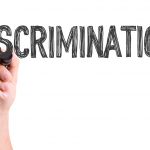 Discrepancies still remain among judicial interpretations of the meaning of “sex” under Title VII. To address this, the Supreme Court will hear three Title VII cases this term. In R.G. & G.R. Harris Funeral Homes Inc. v. Equal Employment Opportunity Commission, after six years of employment at Harris Funeral Homes, Aimee Stephens, a transgender woman, began to adhere to the dress code for female employees, instead of the dress code for male employees. Employment records from when Stephens was hired identify Stephens as male, but Stephens identifies and presents as a woman. The funeral home fired Stephens for violating the dress code and because the funeral home owner believed that allowing Stephens to wear women’s clothes would “violate God’s commands.”

In the meantime, depending on the state you work in, there may be applicable state, county, and/or local laws that explicitly prohibit discrimination based on an employee’s gender identity and/or sexual orientation, and these laws will remain in effect regardless of the Supreme Court’s decision.