Former Attorney General Eric H. Holder, Jr. recently released portions of his law firm’s report and recommendations to Uber on sexual harassment and lack of diversity problems within the company. Here are five of the recommendations that stand out as novel and innovative. 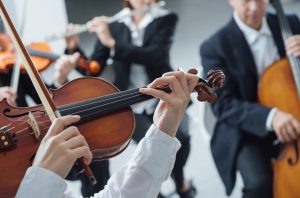 #1: Use a “blind resume” or “blind audition” type of selection process

One of the more intriguing recommendations made by Holder stated that Uber should use a “blind resume” or “blind audition” process to fill positions.  As described in the Holder report, “[b]lind resume review eliminates any indicia of gender or ethnic background, including name and personal information, so that the reviewer has access only to the candidate’s substantive skills and experience.”

Famously, several major orchestra hiring groups experimented with using blind auditions in the 1970s and 1980s to combat the glass ceiling of biased views and assumptions about who should and should not be in an orchestra. In a blind audition, the musicians perform behind a screen and use other measures—taking high heel shoes off to mute their distinctive clicking sound—to help conceal the gender and race of the performer.

Following in the footsteps of symphony orchestras, businesses like Uber are now trying to institute blind auditions, or at least elements of a blind audition, into their hiring procedures.

Time will tell if Uber and other large corporations are able to diversify their ranks as effectively as the symphony orchestras, but it is an experiment well worth watching. 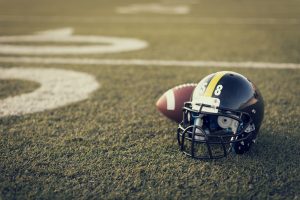 #2: Adopt a version of the “Rooney Rule”

The Holder report also took a page from the NFL playbook and recommends that Uber should use something like the “Rooney Rule” for women and other underrepresented populations for key positions.

The Rooney Rule has its origins in the National Football League. It requires NFL franchisees to interview at least one minority candidate for all head coach and general manager positions. The success of the Rooney Rule is documented, with research showing a noticeable increase in the number of minority head coaches hired since its adoption.

The idea, according to the report, is that “each pool of candidates interviewed for each identified position includes at least one woman and one member of an underrepresented minority group,” which helps ensure that “members of the populations currently underrepresented in Uber’s workplace are interviewed with appropriate consistency.”

Likewise, to ensure diverse perspectives and reduce the potential impact of unconscious bias, “Uber should include at least one woman and/or member of a population currently underrepresented on each applicant interview panel—not just the panels for diverse applicants.”

Hopefully, the Rooney Rule translate well from the sideline to the corporate boardroom because, if so, other companies will almost certainly follow Uber’s lead on this initiative.

#3: Receive and track complaints of sexual harassment and discrimination

While setting up a system to appropriately receive and track complaints of discrimination isn’t terribly novel or unique, it can nonetheless play a vital role in assessing the depth and breadth of the discrimination and diversity problems within Uber.

The Holder Report recommends that Uber should:

#4: Empower and elevate the Chief Diversity and Inclusion Officer

Tone at the top plays a powerful role in whether anti-discrimination initiatives take hold within a company.  To that end, Holder’s report recommends that, “[a]n empowered senior leader who is responsible for diversity and inclusion is key to the integrity of Uber’s efforts.”

To achieve this, according to the report, Uber should do the following: 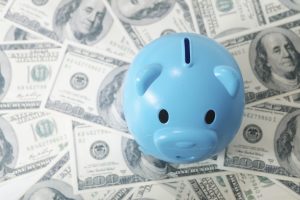 Experience shows that compensation provides a powerful tool for creating incentives for behavior, and reinforcing a company’s values. Many leading companies have incorporated similar metrics into the compensation packages for senior executives as a way of ensuring that their compensation practices reward conduct that is consistent with the cultural environment that they hope to create.

Another aspect of the recommendation advised that, “[k]ey members of senior management could be subjected to a probation period during which they must achieve certain minimum levels of performance in order to retain their compensation awards or to continue employment with Uber.”

For many people, money is the ultimate motivator and if Uber successfully improves its workplace culture by tying diversity and ethical business practices to financial gains, then it will be exciting to see what ripple effects this may cause across corporate America.

Where Uber goes from here

In the aftermath of the sexual harassment and ongoing diversity problems within Uber, the company has fired approximately 20 employees, including high level executives, and the leader of the company, Travis Kalanick, just announced he is taking leave from his duties as CEO.

Of course, much work remains to be done at Uber and it will be a fascinating, high-profile case study of what works–and what doesn’t–in improving corporate workplace culture for women and racial minorities.

If you have experienced sexual harassment at work, you should consult with an experienced employment attorney as quickly as possible to discuss your legal options and rights.