The difference between illegal retaliation and unfair (albeit lawful) treatment

Retaliation claims are the single most common type of complaint received by the U.S. Equal Employment Opportunity Commission (EEOC). But what exactly constitutes retaliation as opposed to simply unfair treatment? As the EEOC defines it, retaliation comprises a narrower set of circumstances than the everyday definition of retaliation.

Cases litigated in court under Title VII of the 1964 Civil Rights Act require three things to demonstrate a valid claim for retaliation:

The policy reasons for having strong anti-retaliation protections are clear. Title VII’s provisions seek to encourage and protect those who report discrimination in the workplace to a government agency without fear of being fired or otherwise punished at work. Similarly, where an employee has a good faith basis to believe that their employer’s action may be unlawful discrimination, the law allows them to take reasonable steps to oppose those actions without fear of punishment because of that opposition.

First, participation in any manner in an investigation, proceeding or hearing under EEO statutes is protected by Title VII. This includes filing a complaint or serving as a witness for any side in an administrative proceeding or lawsuit alleging discrimination that violates an EEO law.

Second, opposing an unlawful discrimination practice is a protected activity. Courts give great deference to the EEOC’s interpretation of what constitutes protected opposition to discrimination in the workplace. For example, the Supreme Court adopted the Commission’s position that “‘[w]hen an employee communicates to her employer a belief that the employer has engaged in… a form of employment discrimination, that communication’” virtually always “‘constitutes the employee’s opposition to the activity.’” Crawford v. Metro. Gov’t of Nashville & Davidson Cty., 555 U.S. 271, 276 (2009). Also, accompanying a coworker to the human resources office to file an internal EEO complaint, complaining to management about discrimination against oneself or a coworker, or refusing to follow orders from a superior to fire a junior worker for discriminatory reasons, all likely constitute protected activity under Title VII.

To be protected, opposing unlawful discrimination practices must be done in a reasonable manner and be based on a reasonable, good faith belief that the conduct opposed may be unlawful. Whether an employee’s opposition is reasonable is determined by a balancing test that weighs the purpose of the statute (to protect employees from retaliation) against the employer’s legitimate demands for loyalty, cooperation in pursuit of a productive work environment.

As to whether the person has a reasonable, good faith belief that the conduct may be unlawful, this does not mean the person must identify a specific law they are opposing. Instead, the person must indicate that the practice they are opposing may be illegal or have illegal consequences. For example, in Clark County School District v. Breeden, 532 U.S. 268, 269 (2001), the female plaintiff was serving on a panel reviewing the psychological evaluations of job applicants. The plaintiff’s male supervisor was also on the panel and read aloud a sexually explicit remark made by an applicant, looked at the plaintiff and said, “I don’t know what that means.” Another male employee on the panel replied, “Well, I’ll tell you later,” and the men chuckled. The Supreme Court said that no reasonable person could believe that the male employees had engaged in potential unlawful harassment from this instance alone. Because the plaintiff did not have had a reasonable belief that any employment law had been broken, her opposition to the behavior did not constitute protected activity.

A notable distinction exists for a person who actually participates in an EEO proceeding. That is, an employee who filed a complaint with the EEOC or participated in any EEO proceeding is protected against retaliation, regardless of whether the employee reasonably believed that the actions in the complaint actually violate an EEO law. On the other hand, an employee who opposes discriminatory action must base their opposition on a reasonable belief that an EEO law has been violated or would be violated.

A materially adverse action is any action that might well deter a reasonable person from engaging in protected activity. Title VII forbids employer actions that would dissuade a reasonable worker from making or supporting a charge of discrimination. Burlington Northern & Santa Fe Ry. v. White, 548 U.S. 53, 67-70 (2006). The most common types of adverse actions are denial of promotion, refusal to hire, denial of job benefits, demotion, suspension, and discharge.

While “petty slights, minor annoyances, [or a] simple lack of good manners” may not automatically count as a deterrence, if the employer’s conduct taken as a whole might deter a reasonable person from engaging in protected activity, the materially adverse action standard will be met. Burlington, N. & S. F. R. Co. v. White, 548 U.S. at 68. Suspensions and terminations “are by their nature adverse” actions; for less severe actions, courts ask whether a reasonable person could be deterred from engaging in a protected activity. See Roberts v. Roadway Express, Inc., 149 F.3d 1098, 1104 (10th Cir. 1998) (rejecting an employer’s argument that written warnings had no adverse effect on the terms and conditions of employment because of a nine-month term on the warnings’ validity, when the record indicated that the more written warnings received by an employee, the more likely they were to be terminated for a further infraction). 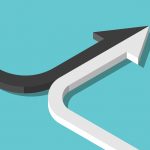 Under Title VII and certain related statutes, employees must show that the employer would not have taken the adverse action, “but for” the retaliatory motive. Although the motive to retaliate against an employee for their protected activity need not be the sole cause of the action, the employee must show that, absent their protected activity, the employer would not have taken action against them. In other words, causation cannot be proven where the evidence shows that the adverse action would have happened anyway, even without a retaliatory motive on the part of the employer.

To show unlawful retaliation, the evidence must show that it is more likely than not that retaliation has occurred. While direct evidence of the employer’s retaliatory motive occasionally exists (“We fired Joe Smith because he filed an EEOC charge”), more often, an employee relies on circumstantial evidence to prove retaliation. For example, a causal link can be established by showing that the adverse action took place shortly after the employee engaged in protected activity.

Causal links can also be established by a) analysis of whether similarly situated employees who did not engage in protected conduct were treated more favorably; b) an employer’s shifting or inconsistent reasoning for the adverse action; or c) oral or written statements that reveal retaliatory animus towards the employee, predetermined decisions, or indication that other reasons given for the action are in fact pretext for retaliation.

Employers commonly use two defenses to defeat an employee’s retaliation claim. First, an employer can demonstrate that they did not know the employee engaged in protected activity. An employer must have knowledge of the protected activity to be able to retaliate against an employee because of that activity. Second, an employer can show that it had a legitimate, non-retaliatory reason for the treatment that the employee alleges is retaliatory. These reasons include poor performance, inadequate qualifications for the position sought, operational downsizing, etc. Also, if the employer can show that a supervisor treated all of their employees poorly, regardless of whether they complained about discrimination, then this will likely defeat a claim of illegal retaliation. If the employer raises a defense, it is ultimately the employee’s burden to prove that the action taken against them was more likely than not because of their protected activity.