How do I show I’m the better-qualified candidate in a promotion discrimination / glass ceiling case?

You’ve been working in a high-level position with your company for years, and were recently passed over again for a promotion in favor of someone you think is clearly less qualified.  But that begs a key question in glass ceiling/promotion discrimination cases:  how are you going to show you were better qualified for the job?

Similarly, it’s important to remember that courts are generally wary of second guessing personnel decisions by employers unless sufficient evidence exists to question whether the decision was motivated by discrimination.

Under Title VII of the 1964 Civil Rights Act, a plaintiff who claims s/he was discriminatorily denied a promotion must first show that:

If you make the initial showing described above, then your employer is required to give a reason why it did not select you for the promotion.  Importantly, at this stage, your employer can simply offer a reason, they do not have to actually prove that this reason was what actually motivated their decision.

If your employer proffers a legitimate, non-discriminatory reason for why they did not promote you—and they almost always do—you must then show that its reason was not the true basis for the decision.  That is, you must prove that its claimed reason was a pretext for discrimination.   Not all federal courts apply the same analysis regarding pretext, but generally pretext can be shown by:

The ultimate question—which you must prove by a preponderance of the evidence—is whether, based on all the evidence presented, a jury could reasonably infer that your employer discriminated against you by not selecting you for the promotion. 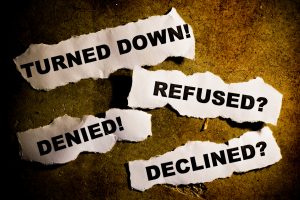 Employer says the other candidate was better qualified.  Now what?

After you lost out on the promotion, you may have asked someone at the company why you weren’t selected and a common response will be that the other candidate was simply better qualified.

If your promotion discrimination claim ends up in litigation, then one of the legal issues you’ll likely be confronted with is showing that you were actually more qualified for the job.

In Ash v. Tyson, the Supreme Court provided some guidance on this issue when it reviewed a federal appellate court’s decision.  The lower court’s opinion stated that pretext can be established through comparing the qualifications of candidates only when “the disparity of qualifications is so apparent as to virtually jump off the page and slap you in the face.”

The Supreme Court rejected this standard as “unhelpful and imprecise” and, although it did not define specifically what standard should be used, it did point to several other descriptions of the standard, including:

And in the Fourth Circuit Court of Appeals, which covers Maryland and Virginia (among other states), the court has held that where:

the plaintiff has made a strong showing that his qualifications are demonstrably superior, he has provided sufficient evidence that the employer’s explanation may be pretext for discrimination.

Types of evidence that can prove you are better qualified

It won’t be enough to simply testify that your job experience and qualifications are better than the selected candidates’ qualifications.  You will instead need to point to circumstantial evidence (assuming you do not have direct evidence) that shows the court you are demonstrably better qualified.

The manner in which you prove that you’re the better qualified candidate will vary depending on the state you work in and whether your case is an individual versus class action case.

Courts have looked to range of evidence in individual lawsuits and this list is by no means exhaustive:

Hiring a proven and effective advocate is critical to obtaining the maximum recovery in a promotion discrimination case.  Eric Bachman, Chair of the Firm’s Discrimination Practice, has substantial experience litigating precedent-setting individual and class action discrimination cases.   His wins include a $100 million settlement in a disparate impact Title VII class action and a $16 million class action settlement against a major grocery chain.  Having served as Special Litigation Counsel in the Civil Rights Division of the Department of Justice and as lead or co-counsel in numerous jury trials, Bachman is trial-tested and ready to fight for you to obtain the relief that you deserve.