What are back pay damages?

In an employment discrimination lawsuit under Title VII, the basic definition of back pay damages is that it gives you the money and fringe benefits you would have earned had your employer not discriminated against you.  Put another way, the employer should be liable for the economic losses you suffered because of the discrimination.

So, for example, if you proved your company discriminatorily denied you a promotion, you would as a general rule be entitled to damages for the difference in pay (salary, bonuses, stock options, etc.) between the higher level job you sought and the job you remained in.  If the promotion you were denied paid a total of $200,000/year and you made only $175,000/year in the other job, you would be awarded $25,000 in back pay damages (subject to the additional considerations discussed below).

How are back pay damages calculated in an employment discrimination case?

The first issue is who, the judge or the jury, will decide the amount of back pay damages you should receive.  In most Title VII cases in federal court, the judge, not the jury, will make this decision.  The reason for this is that back pay is considered equitable relief, as opposed to legal relief (such as compensatory or punitive damages).  In general, judges determine equitable relief issues and juries handle legal relief decisions.

Note:  other federal and state statutes sometimes treat back pay differently and may allow the jury to decide the back pay amount as well.

The next issue is how the court will calculate the damages owed.  On a broader level, the two figures in play will be (1) the total amount of pay and fringe benefits you can prove your company would have paid you absent discrimination (for example $500,000); and (2) the amount of pay and fringe benefits you actually received ($350,000).  Your back pay damage amount will then be the difference between amount 1 and amount 2, which in this hypothetical is $150,000.

Likewise, in Title VII claims, the back pay period begins running on the day the unlawful employment action (for example, failure to promote or hire you) and runs until the court enters judgment in your favor.  You may recover back pay damages for a period of two years before you filed your charge of discrimination with the EEOC.

Common employer defenses to back pay in employment discrimination cases

While you may have proven that your employer owes you back pay damages, this does not end the matter.  Your company will likely raise defenses to your back pay award, including (1) that you failed to mitigate your damages; and (2) after-acquired evidence shows that you back pay damages should be limited.

Other defenses also may apply, including but not limited to a rejected offer of reemployment or that you voluntarily resigned from your job (rather than being constructively discharged).

If you show that your company must pay you back pay damages because it discriminated against you, the company will likely claim that your damages should be reduced, or even wiped out, because you failed to look for a job or otherwise mitigate your damages after the discrimination occurred.

Under Title VII, a victim of discrimination has a duty to minimize their economic damages (“[i]nterim earnings or amounts earnable with reasonable diligence by the person or persons discriminated against shall operate to reduce the back pay otherwise allowable.” 42 U.S.C. § 2000e–5(g)).

To illustrate, suppose that you were fired from your $100,000/year job because you complained about sexual harassment. Assume you were unemployed for 6 months (despite making a reasonable effort to find another job), and then found and remained in a new job making $100,000/year.  Your back pay period would be the six month period between your termination and getting the new job.  As a result, your back pay would be half a year of salary, equaling $50,000 (not including fringe benefits, pre-judgment interest, etc.).

If, however, you do not use “reasonable diligence” to find other suitable employment, then you may give up your right to get any back pay damages.

It is thus important to make reasonable efforts to find another comparable job if your employer has fired (or refused to hire) you based on what you believe was a discriminatory reason.  You should also keep records of your job search efforts to demonstrate the steps you took to land a new job.

Notably, your employer bears the burden of proof to show both the amounts that must be deducted from your back pay award and that you failed to make a reasonable effort to find a new job.

After-acquired evidence refers to information that your employer finds out about (or digs up on) you after you’ve been fired, and is the type of wrongdoing for which the employer would have fired you even if it hadn’t discriminated against you.  Put another way, it’s evidence of alleged misconduct that your employer was unaware of at the time it fired you but–had it known about the evidence–would have led to your termination.

In McKennon v. Nashville Banner Publishing Co., 115 S.Ct. 879 (1995), the Supreme Court addressed this issue and held that, although after-acquired evidence would not prevent an employee from proving that discrimination occurred, this type of evidence could limit the amount and type of relief available to remedy the discrimination the employee suffered.

By way of example, say your company fired you because of your gender but later found out that you had engaged in fraudulent business transactions at work.  Even if you prove that your employer discriminated against you because you’re a woman, your employer can now point to this evidence of fraud to try and limit the damages you can receive.

In practical terms, your back pay may be limited to the time period between when your company fired you and when it discovered the alleged fraudulent activity (the idea being that your company would have fired you anyway at that point).  By contrast, if no after-acquired evidence defense is raised, then you may be able to receive back pay from the date you are fired until you get a new job (assuming you have been making a good faith effort to find a new job), which could be months or potentially even years.

Also, if your employer proves its after-acquired evidence it generally will not be required to reinstate/reemploy you or provide front pay, as it otherwise might be required to do. 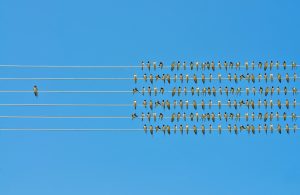 Differences in back pay awards in class action versus individual cases

A number of important differences exist in how courts determine back pay damages in class action cases as compared to individual cases, and this will be the subject of another post.  This author served as lead counsel in one of the few class action cases (U.S., et al. v. City of New York) that was litigated through to a class-wide back pay decision by a federal court (most class action cases settle before this point).

For now, suffice to say that back pay damage awards in class action cases are considerably more complex given the far greater number of individuals involved.  This often leads to a scenario under which the number of class members far exceeds the number of jobs that were discriminatorily denied, and the court must fashion an appropriate pro-rated amount for the class.

Additional considerations about back pay damages

A few more points to make about back pay damages: