Two of the main federal laws that help ensure female employees are paid the same as their male counterparts are Title VII of the 1964 Civil Rights Act and the Equal Pay Act (EPA).  Although both statutes cover pay discrimination issues, some significant differences exist that you need to know about since these differences can have a big impact on your case.  These variances come into play in traditional gender pay discrimination claims, as well as in glass ceiling discrimination cases.

For employees in the same workplace, the EPA requires that men and women receive equal pay for equal work.  According to the EEOC, “the jobs need not be identical, but they must be substantially equal.”  And a court will look to the content of the job you do, not the job title, to decide if the jobs are “substantially equal.”  The EPA covers all kinds of pay, for example:

“If there is an inequality in wages between men and women,” the EEOC dictates that “employers may not reduce the wages of either sex to equalize their pay.” 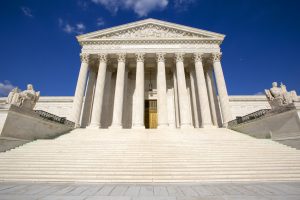 To establish a prima facie case under the Equal Pay Act, the plaintiff must show that:

Once the EPA claimant has met that burden, the employer has the burden of demonstrating the applicability of one of the four affirmative defenses identified in the EPA:

Although Title VII and the EPA have many similarities, they also have notable distinctions that may affect your potential lawsuit (all of the points below assume the claim is against a private employer):