Glass ceiling discrimination and harassment in the economics field

A recent paper on the glass ceiling and sexual harassment in the economics field has received a lot of attention.  Like many industries, the economics field is still dominated by men.  And to dig deeper into some of the reasons why, the paper sought to analyze online conversations on a popular economics forum to see whether and how men and women may be treated differently in these discussions.  The results outlined in the paper caused quite a stir and point toward broader concerns within the economics field, in which women represent 31 percent of assistant professors but only 15 percent of full professors.

In a striking example of how women are still in many cases on the outside looking in when it comes to the economics field, The Economist’s recent list of the 25 most influential economists did not include a single woman.

Alice Wu, the author of the paper, analyzed online conversations on a popular forum called the economic job market rumors (EJMR). Because the postings on the forum are anonymous, the author presumed this would remove any pressure the commenters felt to edit their conversations and would thus foster a more “open” environment in which people post what they believe but might not otherwise say if attributed to them.

According to the author, the words on this economics forum that are most likely to be associated with women include:

Words associated with men include: 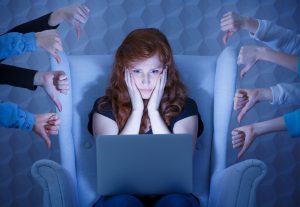 The author found that “these results demonstrate the pervasiveness of gender stereotyping in daily online discussions among people in the field of economics.”  One concern expressed by the author was that this type of online misogyny may be discouraging current female graduate students and early career academics.

A new study suggests this may be the case in that women who do go on to earn Ph.D.s in economics have a harder time earning tenure and getting promoted than do their male peers, and that the gender gap is even more pronounced among international Ph.D.s.

Likewise, a Columbia University assistant professor of finance recently sued the university about alleged sex discrimination and harassment and the reported impact it is having on her ability to obtain tenure.

Hallmarks of an industry/field with a glass ceiling

One of the most important elements in ultimately getting a top-level position can be the opportunity to talk with, learn from, and make lasting connections to the senior leaders in your organization.  And the way this usually gets done is through networking or mentoring programs, which can be either formal or informal.  Without these types of programs, access to, and connections with, senior leaders (and their crucial support) is extremely difficult.  Organizations that lack strong mentoring and networking opportunities are more likely to foster glass ceiling discrimination and/or harassment.

Tone at the top matters

If the senior leaders are not enthusiastic supporters of greater diversity within your organization and in its top ranks, then it’s unlikely that others will make it a priority.

On the other hand, where the top leaders make it clear that diversity is both important and will also help the organization grow and succeed, then the rest of the workforce is far more likely to work towards that goal.  Tone at the top matters.

U.S. News and Best Lawyers® have named Zuckerman Law a Tier 1 firm in Litigation – Labor and Employment in the Washington DC metropolitan area.  Contact us today to find out how we can help you.  To schedule a preliminary consultation, click here or call us at (202) 769-1681 or (202)262-8959.