Fortune 500 glass ceiling endures: only 5% of CEOs are women

As reported by the Wall Street Journal, the number of female CEO’s among Fortune 500 companies has dwindled to just 5.4% (27 out of 500).  This statistic alone helps illustrate the persistent presence of glass ceiling / promotion discrimination within corporate America.

While the number of female CEOs remains troubling low, it should not cloud the overall (albeit far too slow) strides that women have made in getting the top jobs in Fortune 500 companies.

Ultimately, however, the fact remains that the number of female CEOs, as well as female board members and other senior corporate positions, remains far below the expected proportion given the number of women in the workforce.

Alas, according to the WSJ:

So intractable does the issue seem that one in four Americans believes they are more likely to see time travel during their lifetime than they are to see women running half of Fortune 500 firms, according to a 2017 survey conducted for the Rockefeller Foundation. 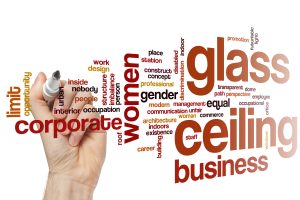 A variety of factors are tied to glass ceiling / promotion discrimination, including:

Although the precise structure of a glass ceiling can vary from company to company, its discriminatory effects are undeniable and often devastating to those unable to break through it.  And according to one report, the average female employee loses $10,000 per year due to the wage gap between men and women.

Likewise, certain signs exist in companies that may facilitate glass ceiling / promotion discrimination.  For example, a lack of an effective mentoring program and tepid, even antagonistic, “tone at the top” views on diversity.

Hiring a proven and effective advocate is critical to obtaining the maximum recovery in a glass ceiling / promotion discrimination case.  Eric Bachman, Chair of the Firm’s Discrimination Practice, has substantial experience litigating precedent-setting individual and class action discrimination cases.   His wins include a $100 million settlement in a disparate impact Title VII class action and a $16 million class action settlement against a major grocery chain.  Having served as Special Litigation Counsel in the Civil Rights Division of the Department of Justice and as lead or co-counsel in numerous jury trials, Bachman is trial-tested and ready to fight for you to obtain the relief that you deserve.