Given the soaring numbers of people working as independent contractors (gig workers) rather than traditional employees, an important question has emerged about what protections these gig workers have against discrimination.

The most familiar federal anti-discrimination law is Title VII.  But this important law protects only “employees,” not “independent contractors” and others working in the gig economy.

A less-known but related law, Section 1981, may provide some protection to those in the gig economy.

Bloomberg Law spoke with Eric Bachman to find out more about existing protections for gig workers under 42 U.S.C. 1981, a statute first passed over 150 years ago.

The Rise of independent contractors/gig workers

According to Jacquie Lee of Bloomberg Law, about 24 million workers are not covered by federal employment anti-discrimination laws.

This is particularly concerning given the growing percentage of people who now work as independent contractors rather than employees.  Indeed, according to Bloomberg Law, the number of gig workers increased by 50% over this past decade (from about 15 million to nearly 24 million workers).

What is Section 1981 and how does it relate to Title VII?

Two important federal laws protect employees from racial discrimination:  Title VII of the 1964 Civil Rights Act (Title VII) and 42 U.S.C. 1981 (Section 1981).  Courts often analyze legal claims under these two statutes in a very similar, if not identical, fashion and the same set of facts can be pursued under both laws simultaneously.

Congress and the Supreme Court, however, have made it clear that, while these two statutes are similar, they remain separate and distinct causes of actions.  It is thus important to know how the differences between Title VII and Section 1981 can help, or potentially sink, your case.

Originally included as part of the Civil Rights Act of 1866, Section 1981(a) states in relevant part:

All persons within the jurisdiction of the United States shall have the same right in every State and Territory to make and enforce contracts, to sue, be parties, give evidence, and to the full and equal benefit of all laws and proceedings for the security of persons and property as is enjoyed by white citizens, and shall be subject to like punishment, pains, penalties, taxes, licenses, and exactions of every kind, and to no other

As to Title VII, the U.S. Department of Justice provides the following helpful summary of Title VII:

Title VII prohibits not only intentional discrimination, but also practices that have the effect of discriminating against individuals because of their race, color, national origin, religion, or sex. 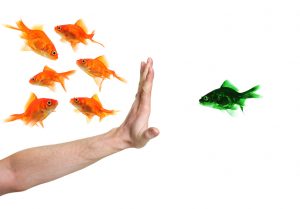 For gig workers, perhaps the biggest difference is that Title VII applies only to “employees,” rather than independent contractors.

And here are 5 more differences that may be a factor in your case:

Title VII outlaws intentional discrimination based on gender, race, national origin, and other protected characteristics during the hiring process.  But Title VII also prohibits using hiring practices that are neutral on their face (such as written tests), which have a discriminatory outcome: disproportionately excluding female, African-American, and other protected classes of applicants.

Under the disparate impact theory, even if the employer did not intend for an employment practice to exclude protected groups, if the practice ultimately has the effect of rejecting an excessive number of otherwise qualified, for example, female or African-American applicants, then using the practice might violate Title VII.

Section 1981, on the other hand, outlaws only intentional discrimination.

Difference #2:  Section 1981 does not require an EEOC charge to be filed

To file a Title VII lawsuit in court, an employee must fist have exhausted their administrative remedies by filing a charge of discrimination with the Equal Employment Opportunity Commission (EEOC).  And depending on which state the employee lives in, the time period can be either 180 or 300 days to file the charge if the employee works in the private sector.  Different procedures and time periods apply if the employee works for the federal, state, or local government. 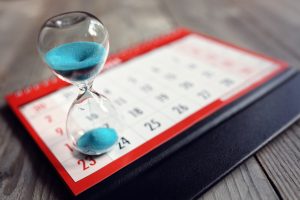 Difference #3:  Section 1981 has a longer statute of limitations than Title VII

As noted above, the deadline for filing an EEOC charge of discrimination can be up to 300 days, depending on where you live and whether you are in the public or private sector.  The EEOC’s website has helpful information on what deadline may apply to your claim.  Also, a Title VII lawsuit must generally be filed within 90 days after the EEOC’s Right to Sue Notice is received.

Claims asserted under Section 1981 though have a significantly longer statute of limitations for filing a lawsuit.  Indeed, an employee may file a Section 1981 within four years of the violation.  Jones v. R.R. Donnelley & Sons Co., 541 U.S. 369 (2004).

Difference #4:  Section 1981 does not have any cap on damages

If an employee wins their Title VII employment discrimination case, a cap will apply on the amount of damages that the jury can award.  Under Title VII, the most that an individual employee can receive for compensatory damages (to compensate for emotional distress and out of pocket expenses for medical treatment) and punitive damages (designed to punish an employer for particularly malicious or reckless discrimination) is $300,000.  Other forms of monetary damages, including back pay and front pay, are also available under Title VII and are not subject to a cap.

By contrast, no cap on monetary damages exists for a lawsuit brought under Section 1981.

Section 1981 provides several additional benefits not contained in Title VII, but in at least one area–scope of protected classes–Title VII offers broader coverage.

Section 1981 covers discrimination based only on race or ethnicity.

Title VII covers discrimination based not only on an employee’s race and ethnicity, but also, for example, gender and religion.