The U.S. Court of Appeals for the Fourth Circuit issued a decision (Haynes v. Waste Connections, Inc.) this week that reversed in the employee’s favor.  The opinion tackles many commonly-used defenses by employers in employment discrimination and retaliation cases.  In particular, the Fourth Circuit analyzed whether:

Ultimately, the court found in favor of the employee and sent the case back down to the trial court. 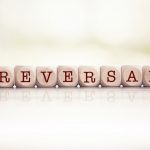 Jimmy Haynes, who is African-American, claimed that his former employer, Waste Connections, Inc. (WCI), discriminated and retaliated against him when it fired him.  Haynes alleged that WCI violated Title VII of the 1964 Civil Rights Act and 42 U.S.C. §1981 (Section 1981) as a result.  Notably, while Title VII and Section 1981 have many similarities in terms of prohibiting race discrimination in employment, a number of significant differences exist that can impact how a court reviews these claims, as discussed here.

The key facts had to do with Haynes reporting to work one evening and then leaving the job site.  According to Haynes, he left work due to a stomach virus and told his supervisor about this.  WCI, on the other hand, claimed that Haynes walked off the job because he was frustrated that his normal truck was not ready.  Two days later, WCI fired Haynes for job abandonment.  WCI did not mention any other reason for terminating Haynes’ employment at the time.  During the course of his lawsuit though, WCI claimed that Haynes had also committed other violations during June and August 2015.

After Haynes filed his lawsuit in court and the parties exchanged information during the discovery process, WCI filed a motion for summary judgment arguing that no disputed material facts existed and thus a jury trial was unnecessary.  The trial court granted summary judgment to the WCI and dismissed Haynes’ lawsuit.  Haynes then appealed this decision and the appellate court reversed the trial court’s decision.

The Fourth Circuit first analyzed whether Haynes had established a proper comparator who was not African-American and was treated better than him.  Noting that comparing similar employees will never involve exactly the same offenses occurring over the same time period with the same set of facts, the court explained that showing someone is a valid comparator involves:

Haynes v. Waste Connections, Inc., Case No. 17-2431 at p. 8, (4th Cir. April 23, 2019).  The appellate court found that a white employee, who had the same supervisor as Haynes, had several workplace violations.  These violations included twice using a cellphone while driving, driving while distracted, and responding to a traffic situation late.  Id.  It also appeared that this white employee had yelled at the supervisor before quitting his job.  Yet the white employee was allowed to return to work and Haynes, who had not yelled at his supervisor and had fewer infractions, was fired.

Because both employees had the same supervisor, were subject to the same standards, and engaged in similar conduct, the court found the white employee to be a valid comparator.  In making this decision, the appellate court rejected WCI’s argument that the white employee’s infractions did not cause any damages whereas Haynes’ violations did.  It also turned away WCI’s claim that the white employee had notified the employer that he was resigning while Haynes simply walked off the job.

Was Haynes performing his job satisfactorily 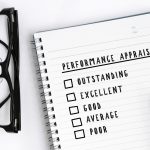 To show pretext, “a plaintiff may show that an employer’s proffered non-discriminatory reasons for the termination are inconsistent over time, false, or based on mistakes of fact.”  Haynes, Case No. 17-2431 at 12.  If the employee does so, then summary judgment should be denied and the case should proceed to trial.

The most important factor to the Fourth Circuit was that WCI came up with a new reason why it claims it terminated Haynes’ employment:  his poor attitude.  The only reason given at the time of Haynes’ termination, however, was job abandonment.  Further, the company policy on job abandonment defines it as three days with no call or no show, yet Haynes had called and texted within one day.  Ultimately, the Fourth Circuit found too many inconsistencies with WCI’s purported reasons for firing Haynes and thus ordered that a jury should decide whose version is correct.

Some important factors can be gleaned from the Fourth Circuit’s decision here: