Appeals court: “sand ni**er,” and other epithets do not create hostile work environment

The Eighth Circuit Court of Appeals decided earlier this year that, although an employee was subjected to  “morally repulsive” comments — like being called a “camel jockey” and “sand ni**er” — he had not suffered a hostile work environment under Title VII of the 1964 Civil Rights Act.

The plaintiff recently filed an appeal with the U.S. Supreme Court.

Abdel-Ghani is a Palestinian immigrant who began working at Target in 2013.  He alleges that a manager and other employees made inappropriate comments and called him things like:

Target alleges that it fired Abdel-Ghani a couple of months after he was hired because he acted unprofessionally toward customers and other employees.

The district court granted summary judgment (meaning it dismissed the case) in favor of Target.  Then the plaintiff appealed this decision to the federal 8th Circuit Court of Appeals. 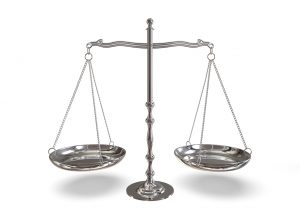 The 8th Circuit found that Abdel-Ghani had not proved a hostile work environment existed as defined by Title VII.

Some of the approximately ten comments Abdel-Ghani heard in Target’s backroom may have been ‘morally repulsive,’ but they were not physically threatening.

According to the 8th Circuit, “the one physically threatening comment he overheard (referencing being nuked) was not said directly to him.”  And the plaintiff also did not show that the comments interfered with his ability to do his job.  As a result, the 8th Circuit concluded that “the record does not show he was subjected to a hostile work environment.”