4 signs your company may have a glass ceiling

You’ve performed impressively in an upper management position at your company but, despite trying multiple times and having excellent qualifications, you still haven’t been able to reach that final level of the executive pyramid.

Not wanting to jump to conclusions, you took a hard look at how you and your team have performed, the revenue you generated, and other factors that may be holding you back.  But the results you (and your team) produced were outstanding.  And while you’ve received some minor recognition for this, you also know that the people getting the top-level positions don’t have your track record of success.  It’s harder and harder to shake the nagging suspicion that you are being denied the promotion to senior management because of your gender, race, sexual orientation, or other protected characteristic.

Whether your company may have a glass ceiling under which promotion discrimination occurs is often forecasted by four important signs.

Corporations have made significant progress in diversifying their employees over the last few decades.  But even for those companies who have achieved better diversity in their overall workforce, a stubborn barrier remains when it comes to promoting candidates to the highest-level management positions.  As a result, the decision-makers for these promotion selections also lack diversity, which helps to perpetuate the problem.

The next time you are in a management meeting, look around for your company’s senior managers, particularly the executive management team.  Do you see many (indeed any) women or racial minorities?  If the answer is no and you work for a large company, the lack of a diverse top-level management team can speak volumes.

Statistical evidence analyzing the selection rates for promotion decisions may be relevant to your claim especially if it could be a class action case.

Generally, if your case involves open and obvious discriminatory statements and conduct, your case will be stronger.  All courts, however, recognize that even if the discrimination you suffered isn’t blatantly sexist or racist, the discriminatory effects are still very real and harmful to you and your career.

In cases involving indirect evidence of discrimination (that is, your colleagues do not make overtly discriminatory statements about you), the types of evidence a judge will consider to see whether you may have been discriminated against includes:

One of the most important elements in ultimately getting a top-level position can be the opportunity to talk with, learn from, and make lasting connections to the senior leaders in the company.  And the way this usually gets done is through networking or mentoring programs, which can be either formal or informal.  Without these types of programs, access to, and connections with, senior leaders (and their crucial support) is extremely difficult. 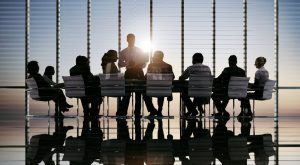 If the CEO, executive team and Board of your company are not enthusiastic supporters of greater diversity within the company and in its top ranks, then it’s unlikely that others will make it a priority.

On the other hand, where the CEO and top leaders make it clear that diversity is both important and will also help the company grow and succeed, then the rest of the workforce is far more likely to work towards that goal.  Tone at the top matters.

In an interview with Harvard Business Review, the CEO of IKEA remarked, “My leadership on diversity is vision-driven from a business point of view and value-driven at the foundation.”

If the top leaders of the company are personally and consistently involved in diversity initiatives, this has an undeniable impact on the success of the diversity program.

If you think you have been unfairly passed over for a promotion because of your gender, race, sexual orientation, or other protected characteristic, it is important to talk with an experienced employment discrimination attorney to protect your legal rights and discuss your options.